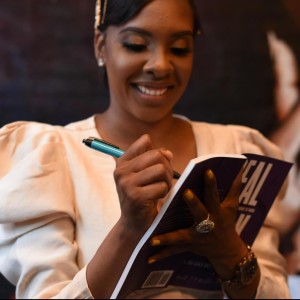 G.L.O.W.ing In My Jesus Year

For the past 11 months I have been saying this is my Jesus Year and originally I thought it was just another cute way to say I am 33. I decided about a month ago to find out exactly what Jesus Year meant, and according to Urban Dictionary Jesus Year is said to be the 33rd year of your life where you are reborn in some sense. Perhaps a mid-life crisis, perhaps an ego death, perhaps the year where you abandon old ways and start a new, or perhaps you were affixed to a cross and came out on the other side. I’m sure we are all familiar with the story of Jesus Christ and His crucifixion. We know what He had to endure, that He had to bear His own cross, and some believe His crucifixion was at the age of 33.  I later researched the significance of the number 33. It is said that its an angel number.  It is a master number and resonates with the energies of compassion, blessings, inspiration, honesty, bravery, and courage. Number 33 tells us that all things are possible. It also symbolizes guidance. I found it very ironic that the word I chose to focus on this year is courage. In my mind it was to have the courage to pray bigger prayers, dream bigger dreams, and expect bigger blessings.

The theme this year for my church has been G.L.O.W which stands for Gods Light Operating Within. In order for Gods light to shine we have to be broken. My Pastor gave us glow sticks at the beginning of the year as a tangible symbol to show us that when you break the glow stick the light shines. I knew I would G.L.O.W in my Jesus Year, but I was not aware of when it would occur. As I look back over the past 11 months in my Jesus year, I  now understand that just like Jesus, I bared my own cross of being broken for my light to shine. I remembered that I wrote down specific goals this year that I wanted to manifest. I was neither ready nor was I prepared for what I was about to experience for the past 8 months. What seemed to be the longest season of opposition I faced in my life, I realized that it was needed in order for the light of God to shine through me for other people to see.

My 2018 goals in my spiritual life that I wanted to manifest were 1. Continue to grow and be a dope woman of God 2. Continue to seek God and put Him first 3. Higher level in God by speaking out my praise and worship 4. Continue to be a vessel for God to use me and 5. Tap into my power. I wrote these goals down 3 months into my Jesus year. I said to myself “remember you wrote down these goals and God manifested them. You asked to continue to grow and become a dope woman of God. How else do you grow?  You grow through the trials, tests, opposition, disappointments, and pain. And when you come out on the other side that’s how you will become a dope woman of God. Then I remembered I said to continue to seek God and put Him first. But God was like I have to isolate you. I had to set you apart from others. I had to remove distractions. I needed you by yourself . God had to send oppositions my way that were contrary to what I was praying for that left me no choice but to get into a God zone. Oh you forgot that you asked God to take you into a higher level in Him? So because I asked for a new level I couldn’t keep expecting God to bless me in the same way that He did on the previous levels. God wanted to show me new blessings in a new dimension. But Brandi you stated to continue to be a vessel for God to use you! Well this is the revelation that I really wasn’t ready for. God reminded me that I asked to be in a higher level in Him so God had to magnify the way He wanted to use me.

I have a passion for posting inspirational words on social media. God was showing me that now I’m going to do it through Pray The Impossible blog and social media pages. He has given me the gift of encouraging people through my testimonial conversations, now God showed me that I was going to write and publish a book to reach and help people who are not in my circle. Last but not least I said that I wanted to tap into my power. Last year on March 25, 2017 I was baptized in the name of the Father, the Son, and the Holy Spirit and NOW I feel the power that I was baptized in. December 2017 My Pastor asked me to give a Sunday message because she believed that God spoke to her and said “let Brandi speak”. I was obedient and gave a Sunday word, but I was scared to watch the video of my message right away. People told me that I did a really good job but I wanted to wait until my 1 year anniversary of my baptism to watch it. On March 25, 2018 it blew my mind that I was witnessing what people have been telling me about myself for quite sometime. I did not realize how encouraging the word was and the power that I possess to inspire people.

These goals came with a cost that I struggled with for months. Never had I experienced such a long period of time where my faith was being tested. I could not wrap my mind around what was happening to me. I did not understand or grasp the person who I was becoming. But I knew this was the assignment that God gave me and everyone would not understand. I didn’t even understand what was going on until I was growing through. After I spent time reflecting, I remember that I did ask God to do a new thing in my life. It was a cross that I later learned I had to carry. God had to “break” me in order for my light to shine. So after my conversation with God He showed me what courage really meant for me this year. I saw this quote on social media “You can’t get to courage without walking through vulnerability”. I said WOW. I had to reveal my vulnerable side in writing my book and my blog in order for God to use me as His vessel. In order for you to read what you’re reading right now I had to experience some Jesus year moments that had to break me in order to G.L.O.W. Now that’s courage.